A greater focus on community support and the closure of Graylands Hospital could create better outcomes for Western Australians with severe mental health issues.

A sharper focus on employment, housing and support services will have far more impact on improving mental health outcomes for acute patients than building more hospital beds, according to sector leaders.

“We need to change the conversation about what we require,” Ms Harvey told Business News.

“The community conversation never seems to get beyond ‘lets talk about more beds’.

“But the evidence tells us if we helped people earlier, helped people to stay well in the community, we would actually be diverting them from hospital and reducing their distress.”

Ms Harvey said the strategy of improved community services was outlined in the state’s bipartisan plan for mental health and related services released in 2015.

The focus on support services would help people address the social determinants of mental health, she said, but not enough progress had been made in achieving the targets.

“Support services help patients to maintain their housing, access employment, [and] rebuild their social relationships if those have been under pressure during periods of people’s distress,” Ms Harvey said.

“They help them to really create those environments and stay well in the community by staying connected to the things that improve all of our mental health.

“They’re largely focused on people who have ongoing and persistent experience of mental health issues.”

That can be contrasted with the demand-driven approach that has historically underpinned the system.

“We rely so heavily on waiting for people to become really, really unwell and then requiring hospital help,” Ms Harvey said.

“We’re actually one of the most inefficient states when it comes to how much money we spend per person and the value we get out of that dollar for outcomes.

“There’s a relatively small population of people that use a very large portion of hospital resources because their needs aren’t met in the community.”

The provision of post-treatment accommodation was an example of the importance of services outside acute hospital beds.

Ms Harvey said recent data showed about 27 per cent of patients receiving mental health treatment were unable to be discharged, when clinically appropriate, because they did not have secure housing and support.

On employment, she said the association was facilitating a model to connect vocational expertise with mental health services.

“You don’t wait until somebody’s better before you connect them with employment,” Ms Harvey said.

“You recognise employment is actually a critical part of someone’s recovery journey.

Vocational experts are employed through service provider organisations with a mandate to engage with employers and in the community to create opportunities.

WAAMH has recently submitted a funding application to the federal government for a project to co-locate employment services with a community housing provider.

Debbie Childs is chief executive of Helping Minds, an organisation that supports mental health carers. She told Business News the focus on personal recovery was as important as clinical recovery.

That meant a meaningful life where people could contribute in the community.

“I would like to see a real focus on recovery for people, so basically everybody has the ability to live their best life possible,” Ms Childs said.

“The best system we could look for in WA is one of complementary services.

“That might be counselling or peer group type support, or may also be educational-type support through organisations such as a recovery college.”

Helping Minds was one of 12 organisations awarded a contract last year to establish WA’s first recovery college, with the WA facility to open in July.

Ms Childs shared the view that simply providing more hospital beds was not a solution.

“It’s looking at the system as a whole, identifying whether more beds are needed in hospitals, needed in supported accomodation, needed around [independent] housing.

“If you’re homeless, your priority is your homelessness, not your mental health.

“Until you’ve got a safe place to live you are never going to be able to really focus on your mental health.

“We have a system currently where people are going into hospital and being discharged into homelessnesss.” 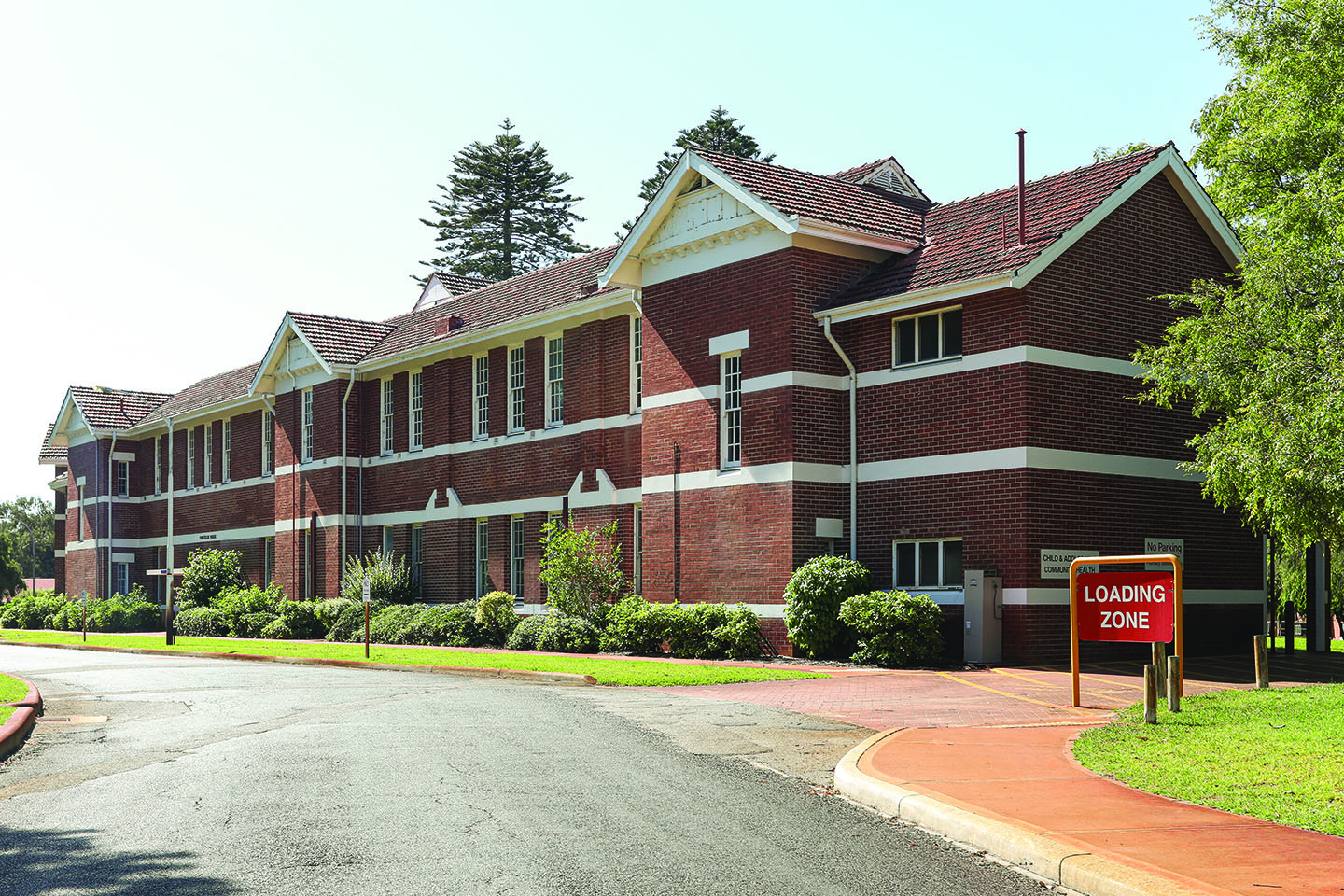 Established in 1909, Graylands Hospital in Mount Claremont is the state’s main location for mental health services.

There has been significant maintenance work in the past decade to keep the buildings fit for use.

In April last year, the government announced it would develop a plan to decommission Graylands by 2026.

The Review of the Clinical Governance of Public Mental Health Services in WA, released early this month, said this should be a priority.

“Plans for decommissioning of Graylands appear not to have progressed as planned,” the report said.

“[I]t is suggested the governance of the project is not at an appropriate level.

“The project has recently been allocated additional funding to progress planning and it is recommended that this occur as a priority.”

“The closure of Graylands is going to be a really important step, but we have to build alternatives for people before we do that,” she said.

“If we don’t build alternatives for people, clear pathways for people to have confidence they’ll get the help they need when they need it, it’s going to make the task of closing Graylands harder for people.

“The whole point of closing Graylands is to support a shift away from an institutional response to mental health, while also making sure there’s secure support for people when it’s needed.”

This would mean secure beds in other facilities, backed with supported accommodation.

“It’s really not suitable that people are still in locked wards,” she said.

“I absolutely believe that decommissioning Graylands and supporting people deemed to be vulnerable in the community is the best option.”

Ms Hunt said UnitingCare West had run a program to support and house people with mental health issues reconnecting into the community, which had been successful because of work to engage neighbours and other stakeholders.

Fast Company has undergone a redesign