[email protected], the mentoring network set up by Prince Andrew, has appeared to further distance itself from its royal founder.

The company, owned by the prince, had already moved from its Buckingham Palace base into new office space.

Now, the initiative has removed mention of the prince’s name from its website.

Prominent supporters turned their backs on [email protected] after revelations about the prince’s friendship with disgraced US financier Jeffrey Epstein.

Barclays, Standard Chartered and KPMG all cut ties after a BBC Newsnight interview about the royal’s relationship with the late sex offender.

The scheme connects start-up firms, often in the technology sector, with potential investors.

Until recently, its website welcomed visitors with the words: “The Duke of York founded [email protected] to provide a platform to amplify and accelerate the work of entrepreneurs.”

But as first reported in the Telegraph, that message has now been replaced with a note saying that [email protected] is taking the first part of 2020 to “refresh the brand”. 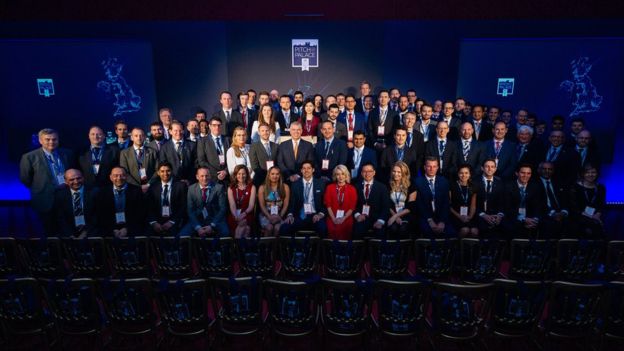 Some, but not all, pictures of Prince Andrew have also been removed from the website.

The UK arm of [email protected] is currently being wound up but its global operations remain active. It is not known whether the prince will play an active role in the initiative going forward.

In November, the duke announced that he would step back from royal duties because the Epstein scandal had become a “major disruption” to the Royal Family.

It followed an interview with Newsnight in which he said that he did not regret his friendship with Epstein, despite the late financier having been convicted of soliciting an underage girl for prostitution in 2008.