The latest CoreLogic Home Value Index recorded a drop in home values across each of the country’s five largest capital cities from the end of May to June 30.

Perth and Melbourne recorded the largest declines (1.1 per cent), while the indices for Hobart, Canberra and Darwin each recorded a subtle rise in values over the month.

Despite values being down in June, CoreLogic’s estimate of home sales in June was up a further 29.5 per cent following a revised “surge” in sales activity during May driven by real estate agent activity, which CoreLogic said was now tracking higher than the same time last year.

“The downwards pressure on home values has remained mild to-date, with capital city dwelling values falling a cumulative 1.3 per cent over the past two months,” CoreLogic head of research Tim Lawless said. 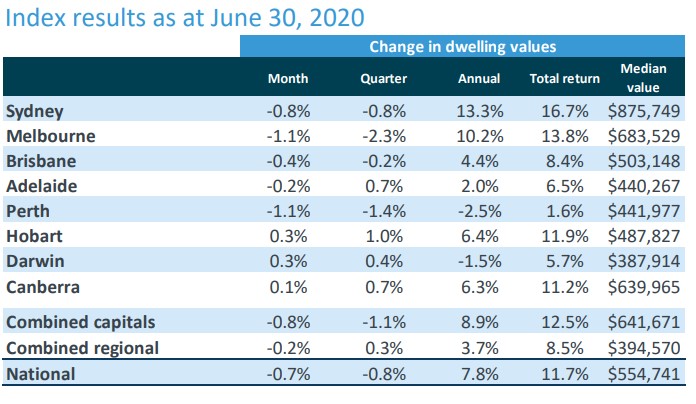 “The only capitals where values show declines on an annual basis are Perth and Darwin, but even across these cities, home values were early into a recovery phase pre-COVID,” Mr Lawless said.

“While it is encouraging to see lenders have recently hinted at an extension in their repayment leniency policies, the government stimulus will eventually taper and banks will require borrowers to repay their loans.

“The longer term outlook for the housing market is largely dependent on how well the economy is tracking when these support measures are removed.”

Adler of Reuters talks about what sets the news organization apart