More than £50m has been invested in the Nissan plant in Sunderland as the firm gears up to build the new Qashqai.

The Japanese car-manufacturer said its new press, which weighs over 2,000 tonnes and can exert a pressure of 5,000 tonnes, forms part of its £400m investment in the plant.

The Qashqai, which came out in 2006, is the plant’s most successful car.

Nissan had previously said that a no-deal Brexit could make its European business model “unsustainable”.

The press took 18 months to install.

Nissan’s chief operating officer Ashwani Gupta, said: “When the first Nissan Qashqai rolled off the line in Sunderland in 2006 it created the crossover segment.

“Designed, engineered and made in the UK, and more than three million vehicles later, it remains the benchmark, just as our team in the UK continues to set the standard for productivity and quality.” 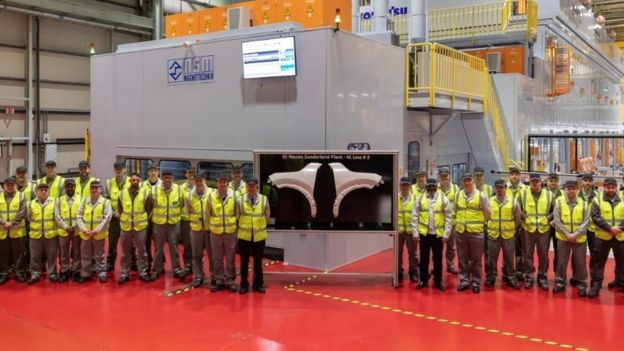 The new press is also being used in the production of the Juke model.

The firm has not yet confirmed when the new Qashqai model will be produced.