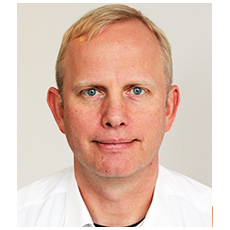 This article is by Carsten Rhod Gregersen, CEO and Founder of Nabto, the company providing a peer-to-peer (P2P) based platform to IoT devices.

Predictions are never certainties – no matter how much some believe in them. Business Week, for example, doubted the early potential of the Japanese car industry as unlikely “to carve out a big share of the market for itself.”

Further, Charlie Chaplin at the turn of the 20th century saw cinema as nothing more than a fad theatre audiences would reject. And tech creators, meanwhile, believed subscription revenue to be the obvious source of income in the early days of the Internet of Things.

As we all now know, reality diverged rather spectacularly in each of these cases. Predictions, however, are only proven wrong in the face of reality.

What really did happen to the IoT industry in the wake of the overpromise and underdelivery of subscription revenue?

The promise of subscription predictions

It is easy to see why subscription services seemed the likely source of revenue in the industry’s early stages. The potential of connected devices meant over-the-air updates, new features, and functionality could be pushed to the customer on a regular basis. Products, therefore, would no longer be one-and-done.

Paid subscriptions would generate predictable and recurring revenue streams to lock the customer in for a certain period of time. Companies could then focus their sales resources on closing new accounts instead of trying to re-sell to the current customer-base every quarter or every year.

Expectation and reality, however, do not always agree. Today, the rise of cheap, widespread cloud hosting means “freemium” is the norm for most products and consumers. Just like what happened to music and news services, customers largely do not expect to pay for something they learn to view as free. The reality of subscription revenues is in stark contrast to that which was promised – forcing vendors to rethink their entire value proposition.

If price is king for the customer, then price is what many vendors are prepared to target. Far cheaper IoT sensors today allow for the creation of platforms where price is costed into the product.

Video surveillance cameras, for example, normally come without a subscription fee and require the vendor to foot the bill for connection services between the camera and apps. This is achieved by keeping the running costs per camera so low that the final price reflects the total operating costs.

Costs are kept even lower due to the fact advanced hardware allows vendors to store and host the data themselves on the “edge” if they so choose. Instead of relying on cloud hosting and the privacy issues that entails, edge computing brings information closer to the location of where it is needed.

Vendors in this scenario often use peer-to-peer connections to ensure privacy while housing data on the device which produced it, thus cutting out the hosting middleman and boosting performance.

It is important to note here the difference between Industrial IoT and Consumer IoT since the consumer bases vary widely. Industrial customers are more willing to pay because they can justify an investment which saves time and money. Consumers, on the other hand, are much more cautious to invest in add-ons since the impact of saving time and money is negligible in their personal lives.

The need for revenue realism

Clearly, services and hardware each offer viable paths toward profit. It is up to vendors to objectively view their value proposition and predict what long-term revenue route is best for them.

The spectacular failure of subscription revenue does continue to be a pain point for many early vendors. However, it is incumbent upon the entire industry to recognize the desire of customers and pivot accordingly – The industry’s continued success depends upon it.