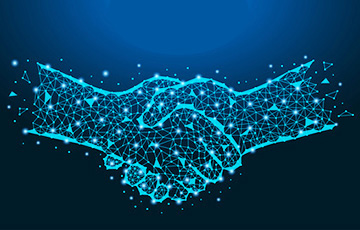 David Navarro, IoTerop’s Chief Product Officer and co-founder, was appointed to the Open Mobile Alliance Board of Directors officially on March 23.

IoTerop will now sit on OMA Board until 2022 joining ARM, AT&T, Ericsson, Itron, Qualcomm, and T-Mobile.

“It is an honor to sit on the OMA SpecWorks Board,” states David. “Our contributions, and belief in the importance of the LwM2M Standard continue to grow with each client we engage.”

“Early on we were trying to create a simple, yet powerful protocol, to address key IoT scalability challenges. Now, as IoT matures, it is becoming clear, the bigger the deployment, the more device management reduces operational costs. LwM2M’s approach supports device management on the most constrained devices and networks.”

“LwM2M and the LwM2M objects are the most active specifications at OMA SpecWorks. IoTerop and David Navarro have been consistent contributors to the LwM2M specification,” says Seth Newberry, OMA SpecWorks, General Manager. “OMA relies on the real-world insights and technical contributions of companies like IoTerop as they begin to deploy large scale IOT networks.”

From April 20 – 24 the OMA will hold its bi-annual LwM2M TestFest. This year’s TestFest was to be held in Montpellier, France, and hosted by IoTerop, but has since been converted into a virtual event.

OMA TestFests achieve a number of goals, including: