Business News spoke to three young women from WA who are illustrating the entrepreneurial spirit of Generation Z.

The growth of Western Australia’s startup culture during the past decade has empowered a fresh generation of young business hopefuls to forge new pathways.

While some of WA’s best-known business leaders started ventures in past decades painting houses, transporting chemicals or selling land, in 2020 the focus is on technology and sustainability.

Three Perth sisters are among those to embrace the opportunities, having created the National Treasures app, a mobile game founded in 2018 that leads users on an adventure through the city, visiting businesses on a journey to collect tree tokens.

Charlize (surname withheld by family request) and Kayla are 16 and 17, while 19-year-old Chloe has previous business experience as the creator of tanning product line Sahara Soul. 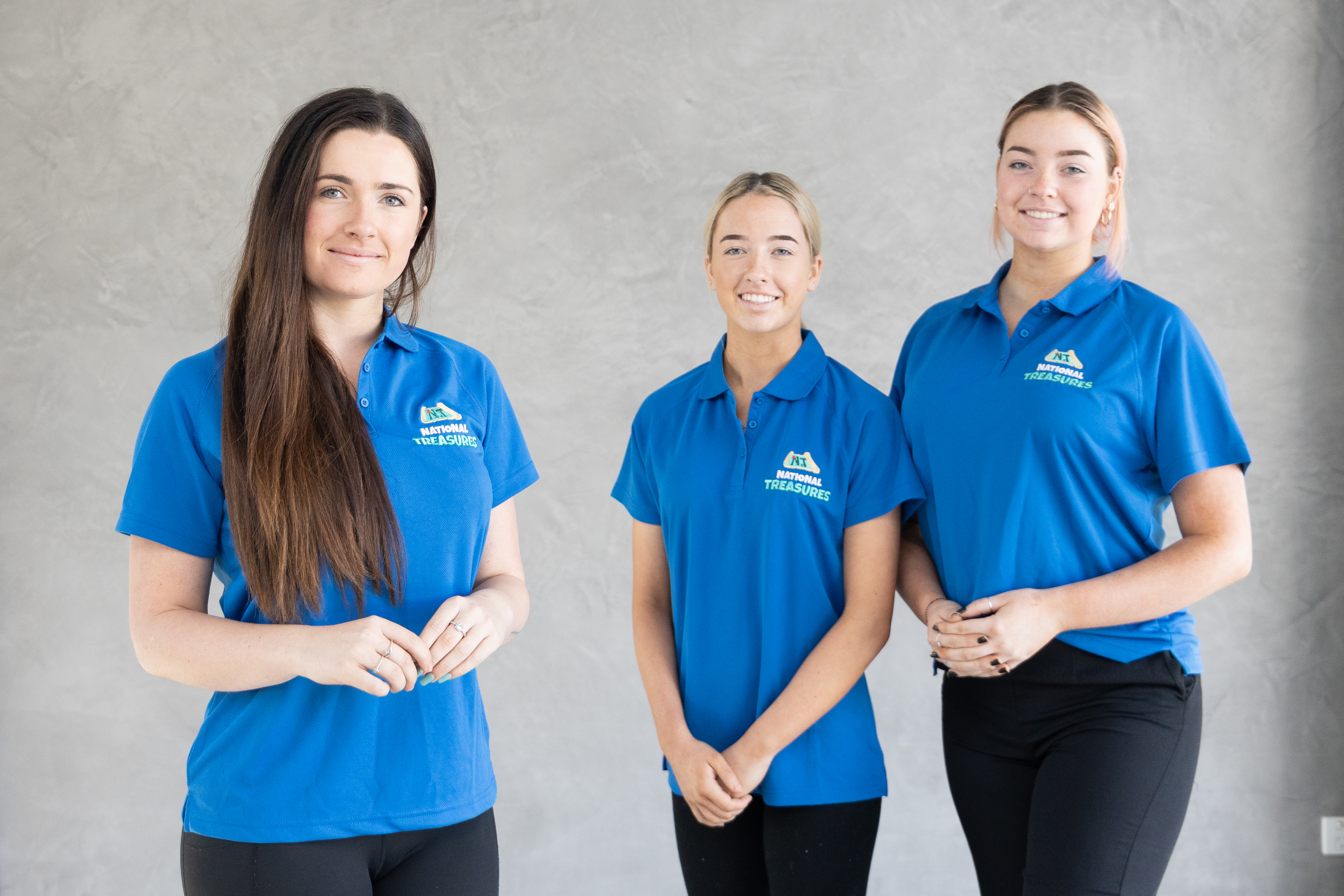 The app’s users compete in competitions, with prizes for the people who visit all the locations and collect all the tokens first.

They are directed to each token by clues. “It’s kind of like Pokemon Go,” Chloe said.

“We select 200 businesses in Perth, they get a geofenced location … the first person to collect the trees collects a prize of $20,000.”

Schools had proved to be one of the best markets for the app, Chloe said, with about 30 signing students up to participate in the challenges.

Those competitions have been delayed due to the COVID-19 restrictions, however, with the next event planned for September.

Meanwhile, about 30 businesses have signed up for the September challenge.

Those businesses pay to be on the app in the hope of generating traffic, and also receive advertising on the platform.

Chloe said National Treasures wanted to spark activity in parts of Perth that needed a boost.

“Subiaco is an area that would benefit highly from it … since they lost the stadium, that’s had a big impact,” she said.

The business secured about $300,000 of investment from four or five supporters, all close family contacts.

Chloe said her younger sisters contributed to the app’s creative side, while she worked with developers.

She said starting a business at such a young age had proved difficult, at first.

“For young people especially, it’s seen as a challenging thing to do, and not seen as serious,” Chloe said.

“When you’re launching a concept … people are very skeptical.”

There were 83,293 Australians between the ages of 15 and 29 running a small business with no staff as of 2017, according to the latest data from the Australian Small Business and Family Enterprise Ombudsman.

That age group represented 9.6 per cent of business owners with no staff.

There has also been a growing ecosystem in Perth to support young people starting businesses, such as the Bloom Lab at the University of Western Australia and the all-ages Ignition program at Curtin University.

While exact data on the ages of startup founders is difficult to source, Curtin University head of executive education Danelle Cross told Business News there was growing interest from younger people.

“There is an increase in younger people interested in innovation and entrepreneurship, and wanting to start their own businesses, in particular social enterprises,” Ms Cross said.

“That particular cohort (Gen Z) are global, they want to solve big problems.”

Ms Cross observed there were more pathways than previously for people wanting to start businesses, driven by rising demand for those services across all ages but particularly among a younger cohort.

“More than other generations, they see owning a business as key to success,” Ms Cross said.

Bubble tea is a sweet drink developed in Taiwan, which has grown in popularity in the west in recent years. Usually, it is served in a disposable plastic cup.

Ms Ng said she was motivated to start the business in February 2019 on a trip to Hong Kong.

“I almost stopped drinking bubble tea because of the plastic cup,” she said.

“I’ve always been a big supporter of environmental initiatives.

“When I went back to Hong Kong, I saw a street full of bubble tea shops.

Ms Ng said she had sold out of her first batch of 600 cups last year, which she believed was a good indicator of the business’s potential.

At 21, she is close to the cusp of Millennials and Gen Z, but this was an advantage.

“And Millennials and Gen Z are willing to get behind environmental and social initiatives.”

As with many young entrepreneurs, she said the business was not her sole focus for now.

“This is definitely my side baby right now, but if it were to grow I’d love it to be my main baby,” Ms Ng said.

“I felt I’d ticked all the boxes of what you had to do at school … but I had no idea what I wanted to do,” Ms Knight told Business News.

“That period was a huge challenge for me.

“What I’m trying to do is help young people create a future with a purpose for them.”

She said that reflected a desire among her generation to do something that had an impact, and to develop alternative pathways.

She also gave a TEDx talk. Ms Knight said Purposeful’s intent was to encourage young people to make decisions about their careers on their own terms, not based on what they thought was expected of them.

That was sparked by her own experience and the belief she would need to be a lawyer or doctor to be successful, she said.

Ms Knight also cited research from YouthSense, which found 51 per cent of young Australians felt figuring out what to do with their future was their biggest problem.

Longer term, she hopes to develop an online platform that can provide personalised guidance at scale for young people.

Much of what is on offer now was generalised and perhaps not as helpful, Ms Knight said.

Ms Knight, who held leadership roles at UWA-based co-working space Bloom for two years, is circumspect about the risk of failure when starting a business at a young age.

“There’s no risk, if it doesn’t work out it doesn’t matter,” she said.

“I either help a lot of people or learn a heck of a lot about myself.”

The skills learned could be applied elsewhere, Ms Knight said.

“I’ve had job offers … because I’ve done something differently,” she said.

When asked about barriers to starting a business, Ms Knight said it was important to be able to demonstrate what you could do.

“People don’t expect it of you,” she said.

“In education, there are rarely any young people in the room.

“Sometimes people take you less seriously, but for the most part there are so many more opportunities because people want to support you.”