Not having a place to sleep throws a person’s world into turmoil.

It’s getting worse, Jono says of the increasing number of homeless people in Perth.

“There’s a lot of people on the streets all the time,” he told Business News one recent evening on Murray Street.

Aged 40, Jono said he had been homeless for more than five years, and planned to sleep at a friend’s place that night.

Homelessness is defined by the community sector to include people sleeping rough on the streets, couch surfing and in crisis accommodation or shelters.

The lack of stability a regular address can provide often has a severe impact on a person’s wellbeing financially, physically, and mentally.

While there’s a perception of a deepening crisis in Perth, and updated data is lacking, work is under way across the community sector, and in government, to resolve the complex issues that contribute to poverty.

That has been underpinned by a major change in strategy in the past decade: prioritising housing, with other support around causes of homelessness offered in addition to an initiative known as Housing First.

It is a change from previous strategies, which sought to address issues around addiction or mental health first as preparation for a tenancy.

There are no easy fixes, however.

Jono said he had to leave a labouring job after being stabbed in the arm in a street attack, and now received a disability pension.

“I want to get back on my feet.

“I don’t want to keep doing this. I miss working.”

He had sent his resume to a number of businesses, yet had not been offered an opportunity.

Adding to the difficulties, Jono said he had relapsed into a meth addiction after the death of his father, and had opted not to stay at his wife’s home because of ongoing tension about his employment situation. 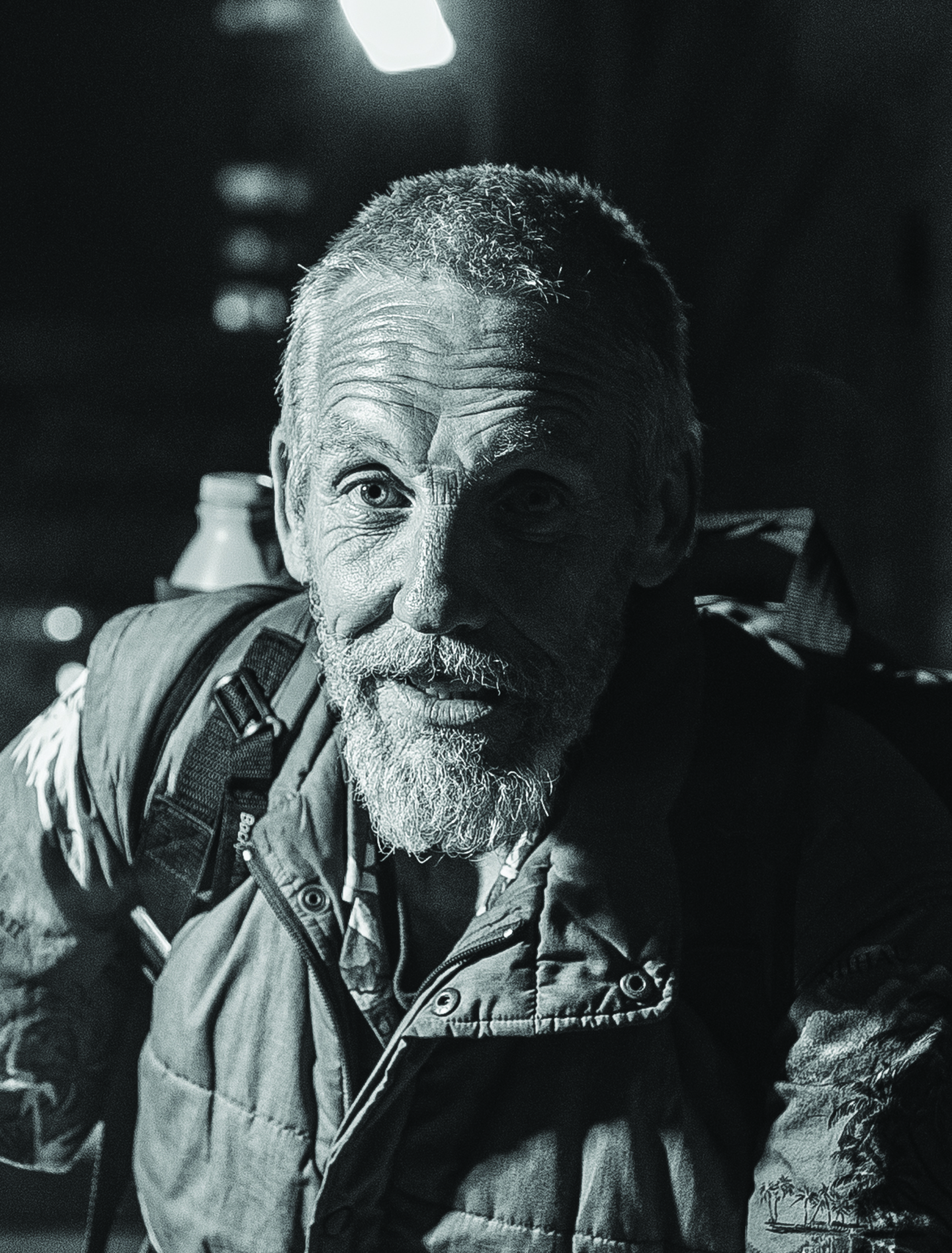 On the night Business News spoke to Lee on Murray Street near Royal Perth Hospital, he said he was not sure where he’d sleep.

In his 50s, he walks the streets carrying a Street Swag roll-up mattress on his back.

“My biggest problem is, if I’m medically unwell, I go present myself at triage, and most of the medical people think I’m only there looking for a bed at night,” he said.

“Organisations don’t deliver what they promote, I call them a mutual admiration society,” he said.

“There’s a big problem out there and no-one seems to be doing anything about it.”

The sleep deprivation was possibly the hardest part of sleeping rough, Lee said.

“Most of the time you can find a nice spot to camp, and there will be a security guard, or the police will turn up, torch in your eyes, wake you up, saying ‘You’ve gotta move on you can’t stay here’,” he said.

Lee said his main income source was a disability pension.

He said he had previously lived in shelters around Australia, and social housing in South Australia, but had left the latter because of frustrations with the property and neighbours.

Both Lee and Jono highlighted the importance of adequate housing as a solution to homelessness.

“We just need more houses to get people off the streets,” Jono said

“They’ve got all these vacant buildings, they could turn them into hostels for homeless people.”

Some social enterprises are providing jobs for those who are homeless or at risk, and helping train them for future employment.

One example is Ground & Co, which sells coffees outside the EY Building with support from Brookfield Properties, among others. 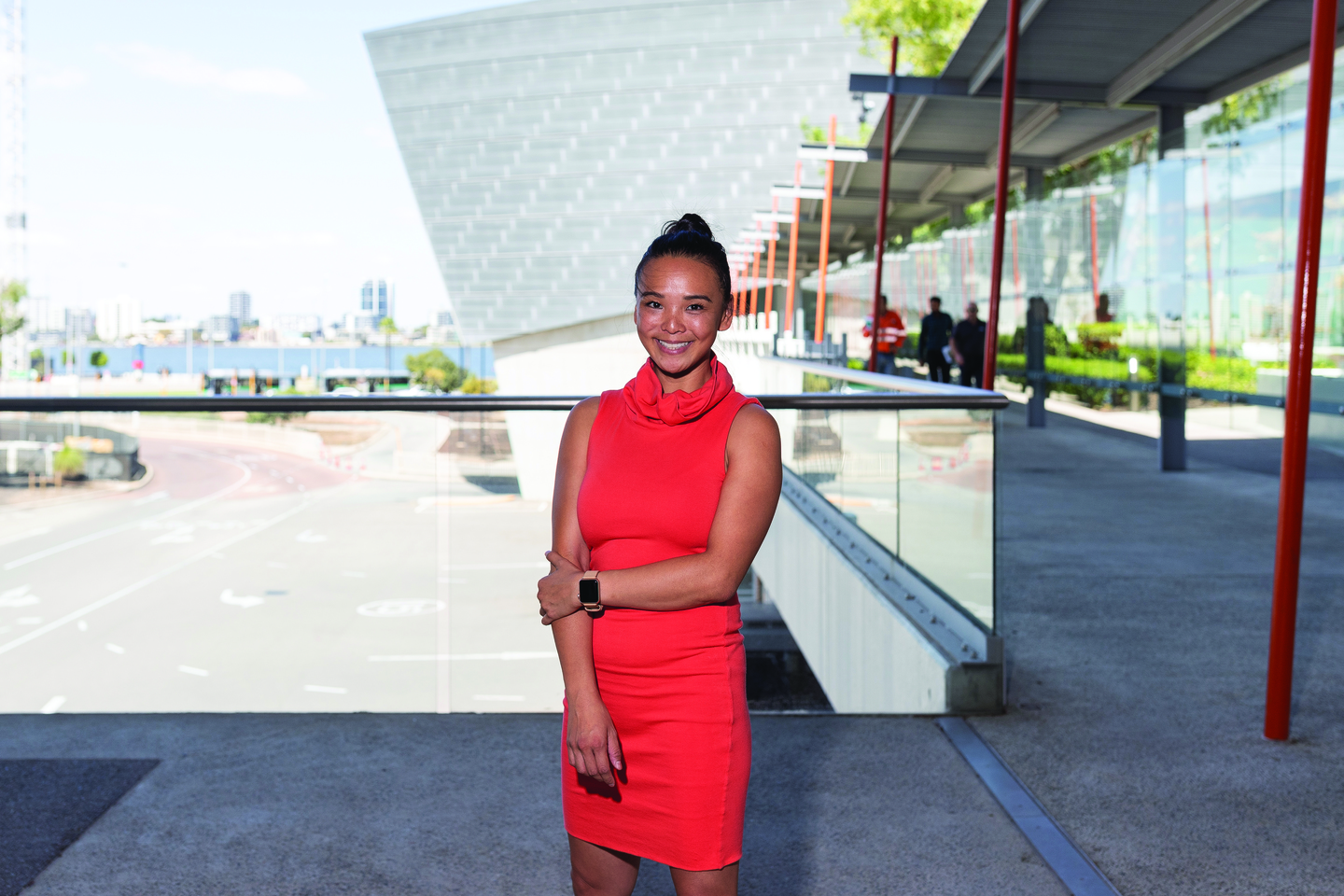 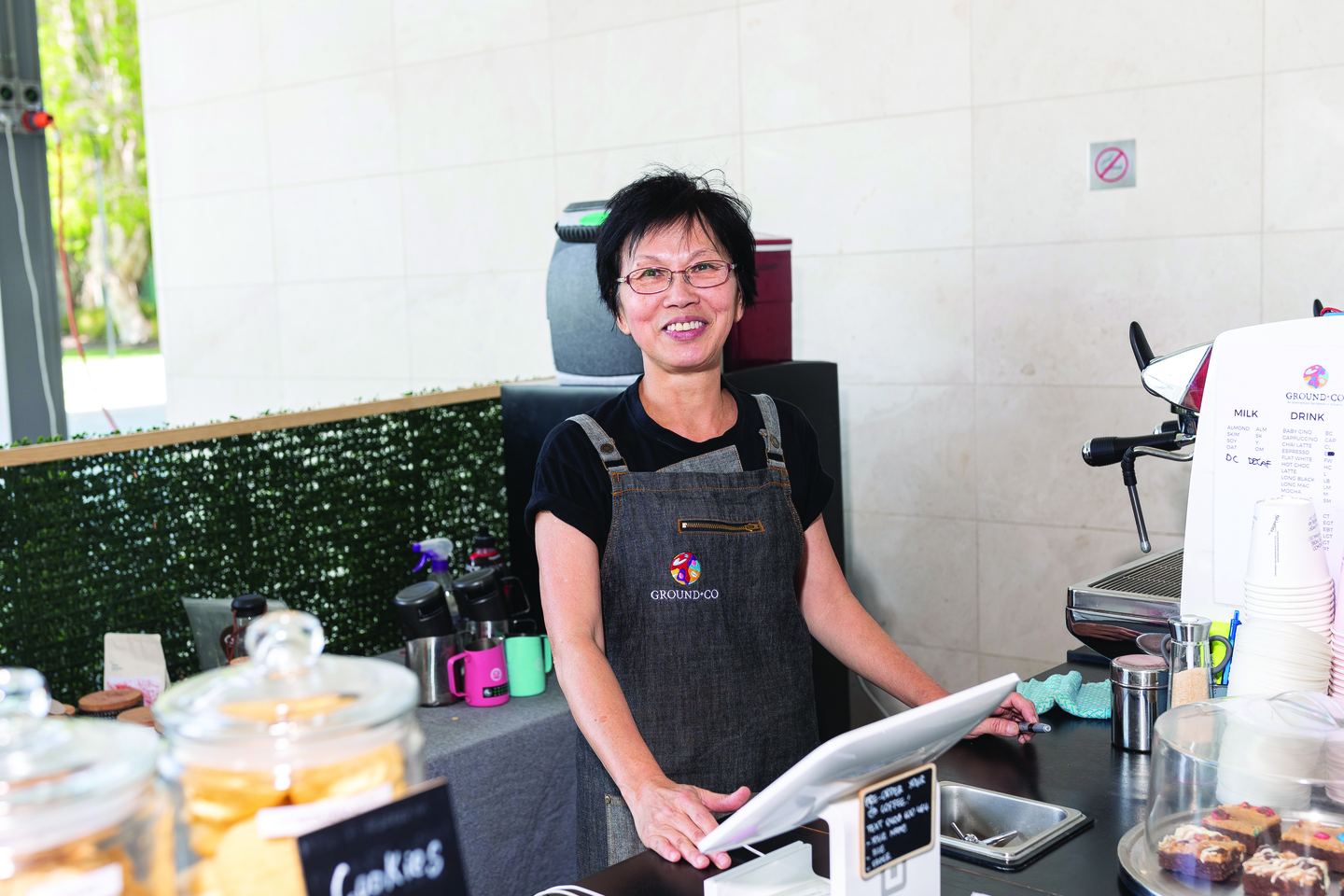 It was founded by Katie Liew, who previously worked in the resources industry and was inspired to take action on poverty after a period in Indonesia.

“I spent time in a garbage dump in Jakarta, I saw kids with no access to education, sanitation,” Ms Liew said.

“That was a turning point. I needed to do something more impactful with my life.”

Valerie works at Ground & Co and had been living in a shelter after suffering domestic violence from a partner.

Valerie told Business News she had moved from Malaysia to marry the man, and so had a limited network to support her when the relationship turned abusive.

She stayed with a friend, was supported by UnitingCare West, and then at Zonta House, a women’s refuge.

“I’m very thankful for Katie, she gave me a life,” Valerie said.

“[Ground & Co] employed me without any work experience.

While income from what was her first job in Australia was beneficial, working gave Valerie something to look forward to.

It had helped ease some of the anxiety and fear she suffered after the abuse, she said.

Another social enterprise is The Big Issue, a Melbourne-based fortnightly magazine established in 1991 and sold by vendors experiencing disadvantage, who earn half the revenue from all sales made. 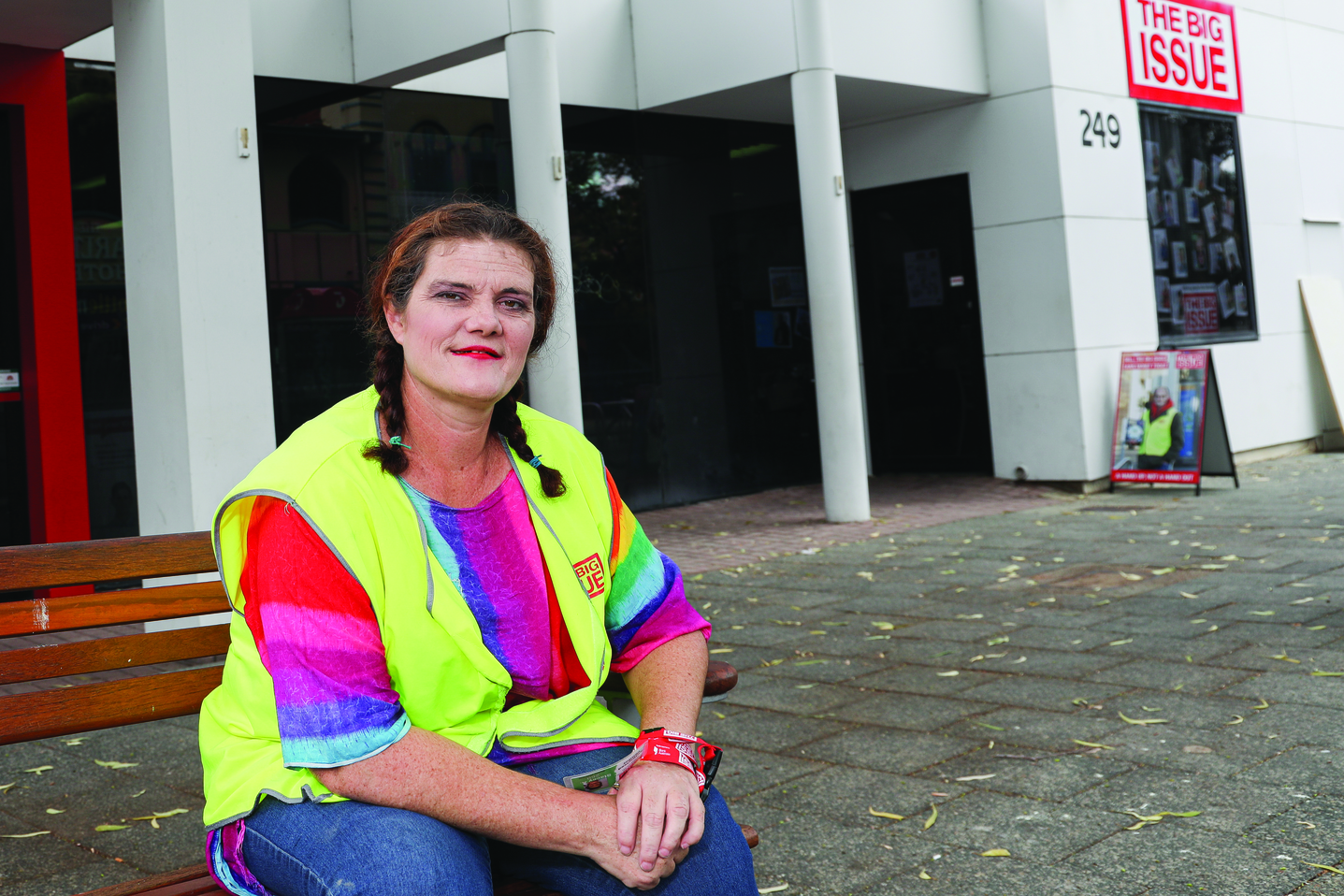 Stacey, who has sold the magazine for about 18 months, had been homeless in Perth about two decades ago, after childhood trauma and abusive relationships.

“Becoming a vendor ended up being one of the best things in my life,” Stacey told Business News.

“It gives me purpose, it gives me a reason to get up in the morning.

“I love meeting people. I look forward to seeing new people every day.”

Stacey said she was five years clean from an addiction and was now mentoring others, and in her spare time, knitting scarves and blankets for homeless people.

A big thing she’d like to see changed was longer-term support for women who had suffered trauma, because often services came to an end before a person was fully back on their feet. 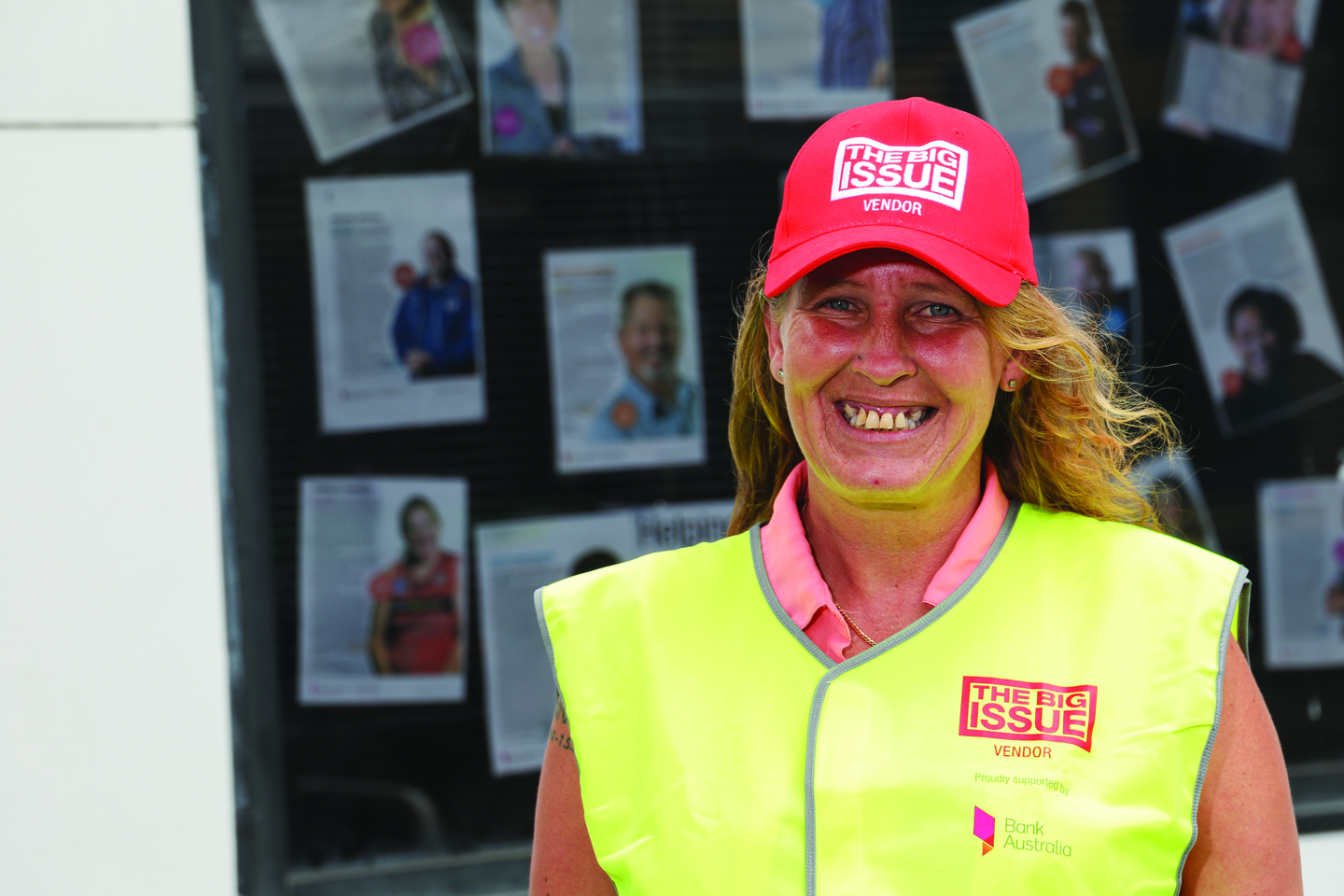 Jackie, who has been selling The Big Issue for nearly four years, had lived in a refuge after experiencing domestic violence.

Jackie said she had moved into community housing, having spent years on the waiting list.

There were about 14,000 people on the list at June 30 last year, according to Housing Authority data.

Both Jackie and her daughter sell the magazine in the city.

Similar to other vendors, Jackie said she loved to connect with people and that the experience made her feel like part of a big, happy family.

Another positive was that it gave her financial support to do nice little extras, like something special for her daughter’s 21st birthday. 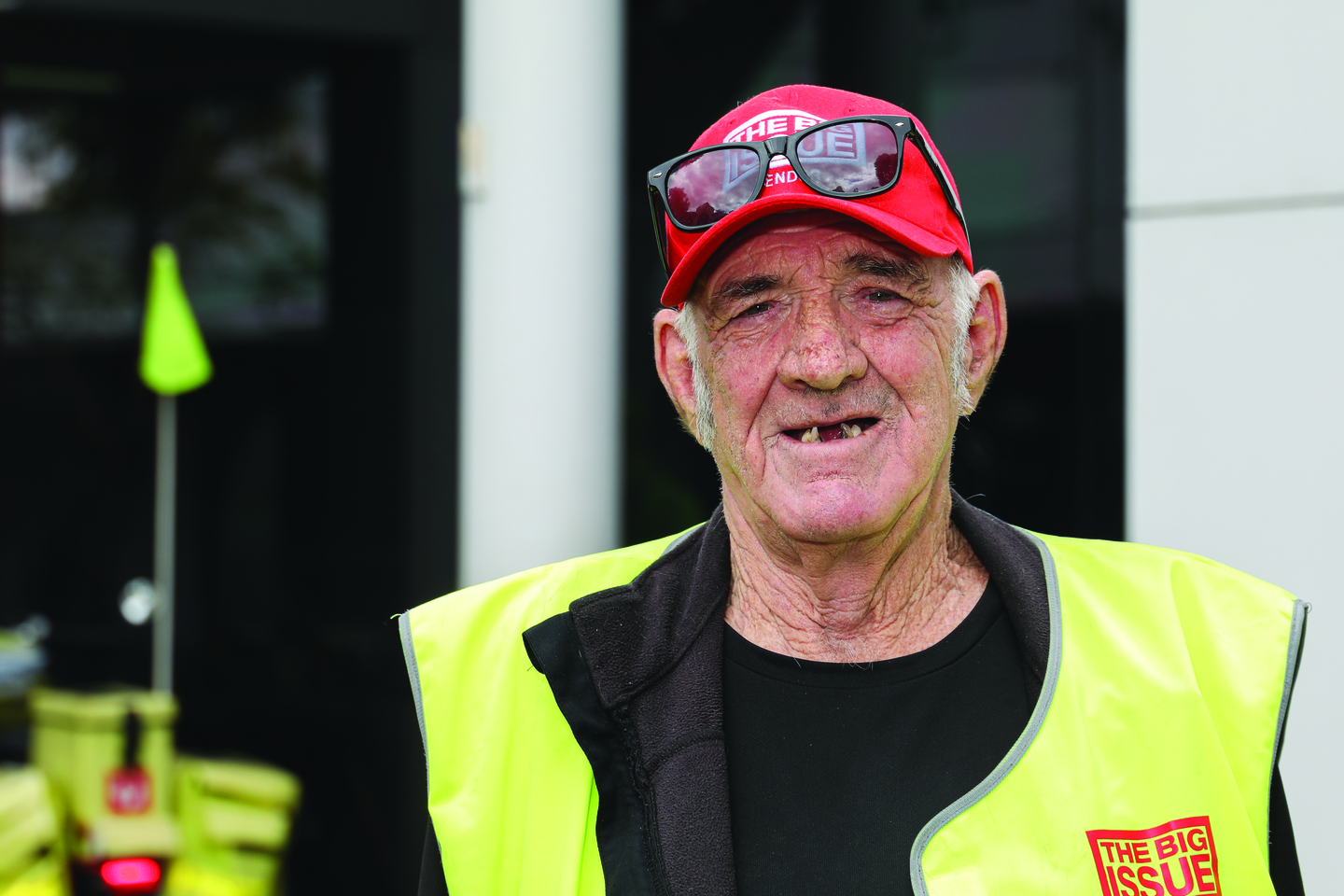 David said he had been selling The Big Issue around Yagan Square for 11 months, and said it had improved his self esteem significantly.

“The best part of it is meeting people,” he said.

“I used to do a lot of begging, around Northbridge and that.

“I kept getting in trouble with the law.

“There’s a hell of a lot of homeless people out there.”

Fremantle Foundation executive officer Dylan Smith has played a big role in the [End Homelessness] foundation’s creation, and said one of the first projects to gain support was the 20 Lives, 20 Homes initiative in Fremantle.

The two-year 20 Lives program, which has the support of local and state governments, aims to provide housing and wrap-around support to deeply vulnerable people, and follows a similar program in Perth.

“The End Homelessness WA Foundation will encourage corporates and individuals to donate to the foundation to start the building of permanent and suitable housing for people who are without a home,” Mr Smith said.

“On any given night in WA, 10,000 people are homeless; it is this staggering fact alone that inspired our involvement with a determination to work towards ending homelessness in a generation.”

It’s a critical time for philanthropy.

The state budget showed homelessness support services spending will decrease 13 per cent to $46.1 million over the forward estimates.

There have been moves to rectify this, with $150 million to be invested in public housing, as per a December 2019 announcement, and $72 million to support a 10-year strategy on homelessness.

Demand was also rising, he said, with people under mortgage stress and small business owners underwater, and many were reaching out to use social services.

These three factors would mean a funding increase for community service providers particularly was needed, he said.

Mr Krsticevic said he supported the approach of Housing First, which has earned bipartisan acceptance and community group backing.

It’s a key part of the strategies developed by the government, with support from key players in the sector.

The Strategy recognise that solutions are complex, and unique for each person.

One objective is the ‘no wrong door policy’, meaning people can get the right help regardless of which department or community provider they connect with.

It means homeless people will be able to get all the services they need regardless of where they turn first.

UnitingCare West chief executive Amanda Hunt said the organisation would soon start a project at the Tranby Centre in Perth to create an engagement centre, funded by LotteryWest.

“It’s about a really radical change in the current approach,” Ms Hunt said.

“This is a way of engaging with people who are sleeping rough, have recently become homeless or been at risk of homelessness.

“And having multiple partners co-located.”

Those partner organisations would help address issues around financial hardship, domestic violence, or drugs and alcohol.

“It’s a way of working where we all work together,” she said

“We have to work systemically, a whole of system approach.”

Ms Hunt said there were misconceptions about homelessness.

“One of the big myths the whole sector wants to bust is that everyone experiencing homelessness is on drugs or using alcohol,” she said.

“Predominantly it’s people who are experiencing financial hardship through lack of affordable housing.”

An increasing number of women were coming through the doors at the Tranby Centre, with about half of new arrivals now females.

While building more houses was critical, there were a range of complementary options.

A pilot project launched by the state government in 2016 called Assisted Rental Pathways helps disadvantaged tenants secure leases in the private market. The government guarantees rent and covers property damage, with tenancies to run up to four years.

Mr Glasson said the government should also reconsider its policies around eviction of tenants in state housing.

“Rather than saying three strikes you’re gone, what we’d prefer is one or two strikes and we’ll bring in support to help those people manage their relationships in the community,” he said.

“We’re hitting the walnut with a sledgehammer … we need to be a bit more sensitive with how we apply that policy.”

More broadly, housing should not be dependent on successful engagement with other services, he said.

“The existing systems we work within look for quick fixes and easy solutions, they don’t exist,” Mr Glasson said.

“It’s going to take time and resources to get them through this.”